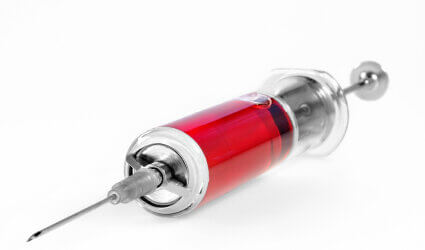 When I first heard that expression I realized that we are all guilty of buying into a belief system before we actually have the facts, however at this time in history it is absolutely crucial that we have the facts before we buy into what we are told to believe.

Our survival depends on it.

I can only hope that there will be a mass awakening to the fact that the population of the world has been duped, not just in recent history, but for centuries regarding the actual cause of what we call disease and the unproven existence of viruses. Waking up to this fact will be the only thing that saves us from extinction.

As you know since a so called pandemic has been announced, mass panic has dramatically clouded peoples’ judgement regarding how a disease is supposed to spread. In this particular case, the truth is light years away from the nonsense we are lead to believe.

Personally I realize that not everyone is “awake” enough to accept Dr. Hamer’s findings, never mind that a virus does not exist and if by any slim chance that it does exist in humans and animals, it has never been isolated or photographed in other words “proven to exist”.

“Proof” is a very important word because it separates belief from fact. This is where Dr. Hamer’s discovery comes in. To date, in the entire history of medicine, he is the only person to ever “prove” that a disease originates from a biological shock and not from a microbe, never mind something that has never been isolated or photographed in reality.

Yes, we are “told” that they have been isolated, however the methodology on examination has turned out to be so convoluted that it managed to even dupe scientists into believing the garbage they are fed in universities and in medical schools and that none question it.

Once again they are guilty of putting a belief before fact. Is it sheer laziness that it was never questioned or does it have something to do with being in a “club” that controls everything in medicine? After all Dr. Hamer was thrown out of the “club” because he refused to deny his findings.

Dr. Hamer said right from the beginning “my discovery can be proven to be absolutely correct and verified in one afternoon”! It was proven to be correct by the University of Trnava in Slovakia in September 1998.

Imagine that, a system so accurate and simple to grasp in principle that it could be “proven” in one afternoon and not over decades of research.

His Five Biological Laws encompass all of biology and medicine. EVERYTHING will eventually need to be understood within the context of his discovery and that includes the “virus theory”.

Dr. Stefan Lanka a virologist and biologist is the first scientist to create the awareness around the fact that a virus had never been proven to exist and that the testing method to determine their existence was highly contaminated. If there is no virus, how can there be a testing method?

Unlike bacteria which can be seen under an electron microscope, the virus has been elusive for more than a century with the exception of Dr. Lanka’s discovery of a non-pathogenic virus found in sea algae. By non-pathogenic I mean the plant virus was not the cause of disease, in fact it was in a healthy symbiotic relationship with its host.

One would think that these days with all our modern technology that we would finally be able to isolate a virus under a microscope but they remain as elusive as ever and that brings up the question as to why?

The answer must be that we have been looking for something that has never existed.

Let’s look at the facts according to the Five Biological Laws that Dr. Hamer discovered. He agreed that there are fungi, mycobacteria and various other bacteria because we are able to identify them under an electron microscope.

He also agreed that we can identify microbial activity in specific health conditions such as tuberculosis, but only in a “healing phase”. Microbes do not present themselves when the conflict is active. In fact they are a “clean-up crew” to help normalize a so called disease process and degrade excess cells that were no longer necessary during the biological conflict.

They are always present in our bodies’ ecosystem and remain in balance until such a time that we need them to do their work. There are actually more naturally occurring bacteria in our bodies than there are cells that make up the human body.

Originally Dr. Hamer thought that viruses did the same thing as bacteria, in other words, help to facilitate the healing phase, however close to 20 years after he discovered the “Fourth Biological Law”, the “Ontogenetic System of Microbes”, he realized that they had never actually been proven to exist and therefore were still a hypothesis.

It was just after the year 2000 that when referring to a virus he would add “if they exist”. That was also around the time that he and Dr. Lanka met. I would love to have been a fly on the wall at that first meeting. It must have been a momentous occasion for the two of them to compare notes and “fill in the blanks” for each other.

Dr. Hamer realized early on in his research that what was labelled as a virus infection was always connected to a specific cell type belonging to the ectodermal (outer) germ layer in our organs.

For example the bronchi, the nasal sinuses, and the bile ducts among other parts of our organs, are all covered with a layer of that same cellular structure known as the squamous epithelium. This layer of cells behaves exactly the same way during the conflict activity and ulcerates on a microscopic level.

However, when the conflict resolves, the ulcerations heal and the tissue swells and becomes inflamed around the ulcerations. In which case, we will develop a lower respiratory irritation where the bronchi are concerned and will need to cough to various degrees until the healing phase is almost finished. The majority of lower respiratory issues are also accompanied by flu like symptoms and we are told that we are suffering from a virus.

The same goes for a healing phase involving the nasal sinuses, they will also become irritated as a result of swelling and inflammation and either a cold or a so called sinus infection will be diagnosed. Again unless these symptoms happen in summer, it is speculated that we also have a virus.

Do you not find it odd that we can have these symptoms WITHOUT them being labeled as a viral infection?

Another example involves a bile duct healing phase where in serious cases jaundice can result if there is an obstruction. Again in this case we are looking at inflammatory symptoms and swelling of the bile ducts. However, in some cases this is attributed to Hepatitis which is another so called virus that has never been isolated or photographed.

Strangely there are pictures of different shaped particles made up of proteins labelled as “Hepatitis” that are published in medical books. If you look closely it does not say “hepatitis virus” it just says “Hepatitis” in which case everyone is led to believe that we are looking at a picture of a virus. The same goes for Polio pictures etc.

Is this supposed to be the proof? Are people, never mind medical professionals and scientists really that stupid that they just accept what is shown to them without questioning it?

Apparently one scientist did question it and 23 years after he first isolated the one and only plant virus under a microscope Dr. Stefan Lanka won a ground breaking judgement by the German Federal Court declaring that there was not sufficient evidence that one particular virus, the so called measles virus was ever scientifically proven to exist.

As you might have guessed by now the wool has been pulled over our eyes for more than a century where the truth about viruses is concerned. Of course unless one is an astute researcher such as Dr. Lanka, the hypothesis is blatantly accepted and taught in medical schools without any real proof of their existence.

Since this “judgement” medical professionals and scientists continue with their lies in hopes that no one noticed that what they are doing is committing fraud. Even today, they still blatantly tell lies that the “flavor of the month” virus has been isolated by a team in Toronto.

It is here that I must remind you that they have never made an attempt to change their methodology of trying to isolate a virus. They still use a very convoluted way of separating (dead) particles without a nucleus from a sample and call them viruses.

Since the Federal Court in Germany agreed with Dr. Lanka, there has been an attempt to create fear around measles epidemics worldwide. Fortunately the campaign failed miserably especially when the numbers were only a dozen or so children in an entire city.

Unfortunately for the global population this judgement was not publicized through the mainstream media and no one outside of those of us that know of the GNM and Dr. Stefan Lanka realize that we are all being lied to.

There is no pandemic, there is no such thing as a virus and the majority of you are being led like lambs to the slaughter in a blatant attempt to cull the population of the planet.

When you have all had your “compulsory” vaccinations it will be too late. That is the real pandemic and it will not save you, instead it will load you up with heavy metals (mercury and aluminum) adjuvants, preservatives, formaldehyde, non – human DNA and nano particles to track your whereabouts.