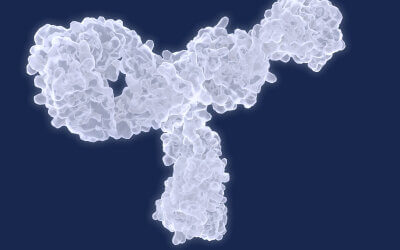 Shortly after Dr. Hamer made his findings public in the early 1980’s a “new disease” was discovered. It was called HIV/ AIDs and it became “epidemic” in the gay community globally.

To really understand how this took place and how it is very much like what is happening now globally, I will make a comparison.

What is happening now is a virtual replay of what was happening in the 1980’s but on a much larger scale.

In 1984 Dr. Anthony Fauci became the head of NIAID the National Institute of Allergy and Infectious Diseases in the US. His background is in infectious diseases and immunology. Since January 2020 he has been one of President Trump’s lead advisors on the CV-19 “pandemic”.

Fauci was also the person that announced the HIV epidemic in 1984.

Please also remember that Dr. Hamer was creating quite a stir in medical circles in Europe and everyone knew about his discovery.

The testing method for HIV was actually patented PRIOR to the announcement of an HIV epidemic in the gay community. It is called the Elisa test which can take many forms and is used to detect various conditions, so it is not very specific as it can be modified.

This form of testing as well as all others cannot detect a virus nor is it efficient in identifying any illness concretely. It is notorious for giving false positive results just like the current COVID-19 testing methods.

Right from the beginning it became apparent that results could change from lab to lab, from week to week, month to month etc. Basically it is unreliable but it is very efficient at frightening the life out of someone that tests positive for HIV.

Please remember, if something has NOT been isolated and identified how can there possibly be an accurate testing method?

Very much like the testing methods for HIV, the COVID-19 testing method was also patented and in this case long before any “pandemic” was announced. The actual testing kits were already manufactured in 2019 and were ready and waiting to be shipped to China as soon as they announced a pandemic.

Essentially when someone is being tested for CV-19, the same kind of false positive results are experienced and yet people are being encouraged to get tested even though they have no symptoms and feel quite well.

The same thing happened in the 80’s during the so called HIV epidemic. People who were suspicious that they had been “infected” were told to get tested and if they tested positive they were told they had “infectious” HIV which was supposed to be sexually transmitted through blood or semen.

The testing method for CV-19 is called the PCR (Polymeraise Chain Reaction) test which was developed by Kary Mullis in 1984. Mullis himself said that it should NOT be used for diagnosing “infectious diseases”. He actually devised this test to see if it could diagnose lung cancer.

He said the testing method is open to errors which can occur at the very beginning of the procedure when the sample is taken. He thought that during the collection of the sample that it was entirely possible that it was not a virus that was collected but more than likely an “irrelevant piece of debris”, and yet this is the method used to determine the presence of coronavirus.

However in the 80’s it became an effective method of diagnosing the presence or absence of an allergen very much like the Elisa test.

The exosome, discovered 30 years ago is a tiny little particle that is made of a membrane containing proteins and genetic material. Its description is exactly the same as the “particles” that are seen under a microscope that are labeled as viruses.

Is it therefore possible that this is “the debris” Kary Mullis thought what was being passed off as a virus?

Apparently exosomes are manufactured by our own cells and are not from an external source. They have the ability to consume toxins and in fact they protect the cells. They are not and cannot be transmitted from person to person.

Exosomes are released when our cells are poisoned, for example through a flu vaccination, taking antibiotics and when we experience any kind of fear induced stress. They are also produced when we are exposed to constant abnormal levels of electromagnetic fields (EMF’s)!

Let’s face it most of us are exposed to environmental EMF’s day and night depending on how much time we spend on our wireless devices, in front of the TV or near large appliances that generate these kinds of energy fields, it would be quite normal that a PCR test would pick up on these exosomes and because of its unreliability give a reading of false positive.

As a result of being tested positive for HIV, many were encouraged to go on a powerful drug, AZT (Azidothymidine, renamed Zidovudine) which was available since the 60’s as a cancer treatment. In fact it was a chemotherapy drug which was highly toxic. A vaccine never came into the picture and to date 36 years later, there is still no vaccine for HIV.

Unfortunately the fear was so heightened that people were ready to try anything to prolong their lives.

This drug AZT was fast tracked to HIV diagnosed patients without any preliminary testing normally dictated by the FDA. It was made available within a matter of months where other drugs could take up to 10 years of testing before they were made available. In essence HIV was being treated the same way a cancer was treated 20 years earlier.

As the mortality rate rose after a few months of patients being on this “drug trial”, it was not blamed on the cytotoxin (chemotherapy drug). Instead it was blamed on the patient’s compromised immune system from the HIV. After all that’s what AIDs was all about.

Right now the same thing is happening with the so called pandemic. Vaccines are being fast tracked in the hopes of having one available for every individual on the planet within the next 5 months with NO trials simply based on the “urgency” generated by a handful of people which happen to be the same people that orchestrated the HIV “epidemic”.

This is highly dangerous given that the ingredients in vaccines are highly toxic. However that topic is for another blog because it is so extensive and involved politically, not to mention the physical repercussions on humans and life as we know it.

Continue to The Iron Rule – Part 3