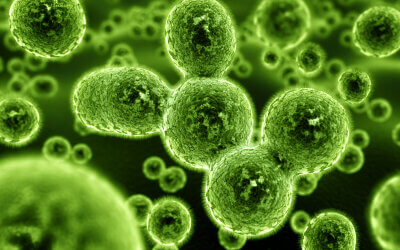 The Iron Rule – Part I

Since my last 2 blogs were written some very interesting things have come to light that need to be shared and put into perspective. Hopefully by the end of this blog, you will also know why I chose this title.

Most of what I had originally hypothesized in my last 7 blogs has been confirmed by various sources presented by people that had absolutely no idea of Dr. Hamer’s work. It’s always gratifying that other people regardless of whether they know the Five Biological Laws have come to the same conclusions.

First let me remind you about “the second wave” that was mentioned in one of my last blogs which even traditional sources say is imminent. My question is why do they know this?

For all of you to understand this I must outline the mechanism that Dr. Hamer discovered that was the cause of all diseases, outside of poisoning, which I will talk about later in this next blog series.

The first biological law, “The Iron Rule of Cancer”was discovered by Dr. Hamer in 1981. Knowing the year it was discovered is crucial to understanding the context of this blog.

The first biological law states that all diseases outside of poisoning are caused by a biological shock (unanticipated event) that we call a DHS.

To those of you that are new to the German New Medicine, the abbreviation DHS stands for Dirk Hamer Syndrome in honor of Dr. Hamer’s son who died at the hands of the Italian Crown prince Victor Emmanuel.  Needless to say, this event and its repercussions was a shock for Dr. Hamer and the subsequent cause of his testicular cancer.

The very moment of the biological shock, a very specific part of the brain is affected which is predetermined by the exact nature of the shock and how the individual experienced it.

A fear of an aggression

Let’s take for example what we have been experiencing globally for the last 3 months and that is a “fear of an aggression against our territory”. That means that those of us that did not see this so called pandemic coming and are still afraid that we might become sick are still in a conflict active phase. Most people literally fear that they will become sick with this so called virus, the aggressor, and perhaps not survive.

Where this “fear of an aggression” is concerned, the conflict active phase doesn’t mean that we will get sick at this time. However the part of the brain and the organ that is specifically connected to that brain relay, will suffer on a microscopic level that goes undetected.

In this case, on the physical level, we are looking at the development of microscopic ulcerations in the bronchi and possibly the bronchioles (smaller branches of the bronchi) which transport air in and out of the lungs.

This mechanism is dictated by a specific part of the brain called the Cerebral Cortex which is affected at the moment of the shock and as long as the conflict is active, we have no noticeable physical symptoms with the exception of the continuous fear we experience on various levels.

However during this and all other conflict active phases we will experience sleep disturbances, in particular waking at 3 AM and having difficulties sleeping from there on. We will have poor appetite and cold extremities as well as an elevation of blood pressure. On top of that, we are constantly thinking about the conflict and look for a solution.

What happens when the conflict has been resolved is the most difficult for most of you to understand but at the same time it should also console you to various degrees so that when the repair mechanism begins you don’t go into a panic which will prolong the health challenge that occurs.

In the case of the bronchi, the repair mechanism involves a lower respiratory condition and accompanying symptoms that we call the flu! Of course people uninitiated in the research of Dr. Hamer will automatically believe they are the victims of the “second pandemic wave”.

Now, let’s look at the people that knew about the Biological Laws discovered by Dr. Hamer in the early 1980’s.

If you have read my 4 blogs under the heading of “Dr. Hamer Tribute” you already know that from the very beginning he was blocked from getting his research out into the open and verified by traditional medicine. When he submitted his findings as his thesis to the University of Tuebingen they openly refused to look at never mind verify his findings. However Dr. Hamer found out through his colleagues that his work was in fact verified behind closed doors.

I can only imagine what a stir this caused and how threatened those that controlled medicine must have felt when they read his findings. After all it stood everything that they had learned and taught in medical school on its head. Their entire system was shattered with the single discovery of “The Iron Rule of Cancer”.

It seemed quite obvious by the actions against Dr. Hamer that medicine stood to lose a great deal if they allowed him any credibility. However there is a much darker side to all of this and only someone that understands his work can come to this realization.

To understand what I am talking about please reread “The First Biological Law” and the “Iron Rule of Cancer”, and then ask yourself the question, “if a biological shock causes an illness and no one understands what is happening can this be orchestrated to such an extent that masses of people can get sick?”

The answer is an emphatic yes!

Continue to The Iron Rule – Part 2