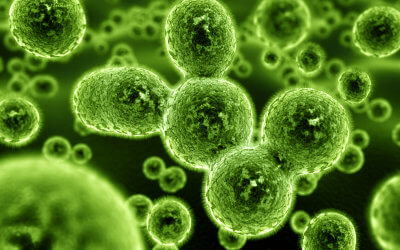 As you can imagine I’ve been getting information from all around the world and I thank everyone that has contributed. It has been immensely valuable in helping me to understand this phenomenon and finally seeing it for what it is all about.

Over the last few days, videos and reports have been coming my way from Germany where doctors, virologists and microbiologists that are experts in their field  have been speaking out with respect to what they see happening. One such doctor is already being called up in front of his medical licensing board and has been shunned by his peers for putting this situation into perspective on a Youtube video.

However since then, others have spoken up about what is happening and they all agree on one thing. The numbers of affected people is no greater than in any given influenza season. In Germanyfor example the mortality rate with this CV -19  flu are much less than the so called seasonal flu 2 years ago…the difference being 19,700 people!

Putting the statistics into perspective

In Canada there are 7,500 reported cases at this moment with 84 fatalities and again 90% are individuals that are already quite senior with severe health concerns. Most were living in chronic care facilities.

In the very beginning, the Chinese already realized that the testing was responsible for false positives and false negatives. If someone was tested days apart, they would get a different result. That’s why they turned to CTs of the chest in order to detect fluid in the lungs. After all, this virus was responsible for pneumonia! That is also when the numbers of “diagnosed” individuals doubled from one day to the next but it wasn’t disclosed why these people had fluid in their lungs. There are other conditions other than pneumonia that could have been responsible.

If the swab test was removed from the equation, no one would question that people were sick with anything other than they knew to be a seasonal flu and just accept this as being a normal part of our lives.

What about those numbers?

What I find most disconcerting is that the mortality rate in Italy and Spain have been accepted without question or an explanation. In trying to understand that we had to look at HOW these numbers were calculated.

But first we must also understand the false positive and false negative aspect of the testing and that the majority of people that had the flu either had very mild symptoms and those that tested positive in many cases had NO symptoms whatsoever.

They don’t die “of” Corona, they die “with” Corona

For example, if someone tested positive, and had no symptoms but died in the meantime of another condition completely unrelated then it was reported that they died “of” the corona virus.

One German doctor put it into perspective when he said, if someone tested positive and died as the result of falling down the stairs it will be reported as a corona related death!

Apparently this is also the case in Italy where it is alleged that practically “all” daily deaths are being reported as corona virus related! Then of course we need to take into account the average age of the people that have died is 80.3 years.

Italy has the largest senior population in Europe and hundreds die daily of either natural causes, or as the result of drug interaction or health conditions related to aging or if any of the above have been exasperated by the flu. But these deaths are reported as CV-19 related. Then of course there are NO post mortem examinations to determine the cause of death being performed. Personally I think this is highly negligent and unprofessional reporting.

As I mentioned in my previous blogs doctors have been urged to use certain drugs to “combat” the symptoms of this particular flu. This actually goes against what they have been taught in medical school where it is a known fact that you do not “treat” the flu.

By treating flu symptoms they are going against what they have been taught. Unfortunately this opens up a whole other dimension of what is happening where the mortality rate is concerned.

Since when has it been a protocol to treat the flu with an anti – Malaria drug? Malaria is not the  result of a so called virus, it is caused by a parasite. Then of course we must question the anti – viral drug used against Hepatitis which has severe repercussions including liver and kidney failure that is also being used.

It came to light this week that in the EU doctors were also using steroids to “combat” this virus. This is a definite “no no” where treatment is concerned because it is also a known fact that steroids are used to suppress inflammation but have the side effect of contributing to systemic fluid retention. In which case, it would definitely exasperate any condition involving fluid such as pneumonia.

Doctors are afraid that if they don’t do anything, they will be held accountable by either the families of patients or by their licensing body.

In the words of Dr. Hamer “traditionally trained medical doctors are nothing but sorcerer’s apprentices that are playing with something they know nothing about”.

The big question now is do they or don’t they know what they are doing given the fact that the GNM is becoming widely known in Europe? Is this in fact pressure from “higher up” perpetrating such a degree of fear in those that believe in traditional medicine that a “second wave” is imminent?

We shall see but meanwhile the world as we know it has dramatically changed and sadly not for the better.