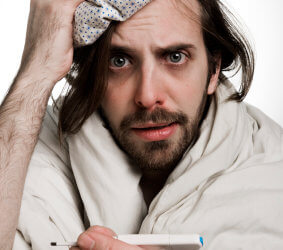 COVID-19 Part VI – What is wrong with this picture?

Over the course of the last three months, much has come to light with respect to this so called pandemic. I believe more people are becoming aware that this is the result of the hype and misinformation that has been willingly perpetrated by the media and orchestrated by a handful of people that we voted in to represent us in our so called democratic society.

The fallout from this event will reveal itself within the next few weeks and we will finally see the repercussions of what has been perpetrated against us.

People are frightened but of the wrong thing. People of all nations have been duped by fraudsters we call world leaders.

However, day by day I am seeing more people waking up. This is what is giving me the hope that we will survive this and learn from it so that we never allow something as sinister as this to happen again.

Those of us in the legitimate GNM community already recognized this was a fraud from the onset of this so called pandemic. But the public at large did not have a clue as to how they were being manipulated by the politicians and the media hour by hour as they became glued to their TVs, phones or computer screens.

We had to wait for ordinary folks that know nothing of the disease process to begin asking questions and catch up to our way of thinking. There are just too many inconsistencies in these reports that we cannot ignore.

Unfortunately, people fell under a spell called a “pandemic” right from the beginning. They were also nicely prepared by TV shows, movies and video games to buy into such an event.

They were ripe for the picking and then all it needed was for one group of people in China to collectively resolve a “territorial fear of an aggression” to set it all into motion. It was a perfect opportunity and those in power with a hidden agenda took advantage of it.

The media didn’t miss a beat in adding to the hype, but then neither did conspiracy theorists that were full of ideas as to why these people got sick all of a sudden. There were reports of bio-engineered viruses, 5G towers etc. But no one looked at the obvious. The “numbers” were all off.

This was a flu that was experienced in a city of 11 million people hence the high numbers, and in the end, the mortality rate was really no higher than in any other so called flu season. Proportionately the numbers were in line with the population.

Strangely the Chinese very honestly reported that there were no children affected. In which case, if there was a pandemic, this would not be the case.

In the GNM it would be normal that children were not affected because they did not understand the nature of the conflict the adults were experiencing prior to the resolution they experienced collectively. The individuals that died were an average of 80 years old with other underlying health conditions.

This demographic is completely normal for any given flu season and no one asks any questions because it IS normal. This is where the hype and misinformation comes in.

When the flu hit China, the testing methods were already in place for the COVID-19 six months earlier and were quickly and “graciously” supplied by the FDA, but not free of charge.

Labs the world over quickly scrambled to isolate the virus, new studies were created….and that’s when people should have become suspicious. But they didn’t ask why they already had the testing kits available especially since the virus had not been discovered as yet.

However it was quickly labeled as COVID-19 a mutation of the coronavirus before anyone had the chance to ask the question. Of course the media didn’t question it either and people were ever so grateful to know they were being kept in the loop and that they could be tested.

Then the unthinkable happened and a world pandemic was declared. We were ordered to comply with their rules or face “the law” which under the circumstance of a “national emergency” was very easily and quickly passed.

Then within a few days of this fraud, the economy collapsed worldwide and now no one is sure as to how we will be affected in the long run.

Surprisingly governments found trillions of dollars they previously claimed that they didn’t have, and made funds available to people that either lost their jobs or were laid off as a result of the mandatory shutting down of non – essential businesses.

Forcible confinement was not off the table according to our Prime Minister Justin Trudeau and this is now the case across the EU and the UK. Canada is still reasonable and allows us out to shop for essentials, and take a walk during the day as long as we maintain social distancing. We haven’t been coerced into “telling on our neighbors” by the authorities as yet, as the case is in the UK, where the police will be called in if someone does not comply.

Strangely on March 19th the British Parliament declared that the pandemic had been downgraded and was of much less importance than originally reported. The media made no mention of this and people were not informed until a week later when alternative news stations began to address it.

However other controls were being set into motion. Videos were removed from Youtube that had been labeled as “misinformation” on the pandemic. In other words videos that truthfully reported what was going on. As a matter of fact my Austrian counterpart Helmut Pilhar had his vlog on the CV-19 removed from Youtube because he was explaining the GNM viewpoint!

Then during the same week, Gwyneth Paltrow was publicly ridiculed because she mentioned the GNM in her latest book.

Meanwhile the Danish government quickly passed a law declaring that every citizen must be vaccinated and that this will be enforced by the police and if necessary the military!

This is very frightening and enlightening at the same time because anyone with intelligence was able to see through this move and the agendas of the powers that be.

Are we in North America the next in line to be subjected to this kind of loss of freedom? What about other European nations? Will they follow Denmark?

One very important thing we must remember is that once these laws are in place, they will NOT be reversed therefore world governments under the umbrella of a “state of emergency” have the power to set these laws into motion whenever they please.

But then you know all this. The question is WHY? I’m sure it will be revealed soon enough as the population lines up to be subjected to ID2020 chipping already in place waiting to be implemented. Please look this up online. Bill Gates is the spokesperson trying to sell the public on why we should allow this.

Then there is the testing for “a” virus which is available for the first time in the history of medicine, not to mention that they don’t actually test for a virus, or even a “viral load”. This is a test for the RNA of something that had not even been discovered when the kits were developed.

What do they see?

Apparently from medical sources this test can also pick up on bacteria or even inflammation in the body. Since we know that viruses have never been proven to exist, how is it that we allow them to get away with such misinformation?

It’s very convincing when the testing is being done by people in hazard suits…just like in the movies so it must be real! Otherwise why would they go to all that trouble?

What no one realized in the meanwhile is that through this testing, your DNA is also being collected.