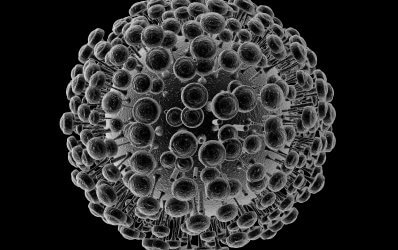 Of course knowing all of this prior to the “outbreak” of the so called corona virus I had to look at what kind of testing methods that are used to confirm that an individual actually does have the virus.

I was not surprised when I found through my research that there were already testing kits available for this so called virus through the FDA in the US since mid 2019.

Hmmm, was this “outbreak” anticipated? This smells of the same conspiracy theory around the AIDs epidemic in the 1980’s which was another virus that has been impossible to identify under an electron microscope…but that is for another blog.

Needless to say, China was unprepared for this and did not have anything in place to “diagnose” what was causing this massive health crisis. However, since the FDA already had testing kits for such an event they became the supplier of these kits to China.

Again, since a virus of any kind has never been isolated they had to come up with different forms of testing which in this case involved the use of DNA sequencing through either the blood or saliva samples of the afflicted individuals.

My question is if they have never identified any kind of virus under a microscope how is it that they have the DNA sequencing for it?

What does that really indicate? Essentially what they say they are able to determine are “markers” but then we have to ask “markers for what” especially if nothing has been isolated in way of a virus!

Again we are faced with another hypothesis that really does nothing to help the sick individual, but down the line, I’m sure they will come up with a vaccine against something they haven’t been able to isolate.

Where this testing method is concerned, it actually turned out to be highly unreliable. There were many false positives. As a result they had to find another way to diagnose the coronavirus in anyone that had flu like symptoms or even just a cough so they turned to existing technology, the chest X-ray and the CT.

The bottom line was that anyone who had fluid in the lungs was designated as being suspicious of having the virus and was immediately quarantined.

This was also when the numbers of “affected” individuals rose dramatically within a span of a few days. The question is, did they all have the so called virus or were some of these people experiencing bacterial pneumonia or heart failure since those conditions also involve fluid in the lungs?

Since I am a Torontonian and have lived here most of my life I was witness to another kind of so called corona virus outbreak that was designated as SARS. This was supposedly another virus that originated in China and it began with one airplane full of people returning to Canada via Toronto from China.

Since I was already involved in the GNM for 10 years I began to pay attention to what was said, how the general public reacted, how the news media handled it and then began to look at the statistics regarding the mortality rate. Even then they had never isolated the corona virus that was apparently responsible for SARS.

By the way the corona virus is supposed to be derived from a “cat virus”, another hypothesis that was never proven.

At any rate, I was not surprised to find that the mortality rate was no higher than any other so called flu season. When I did the calculations it was 2.1% of the people that had been diagnosed with SARS which was exactly the same as in all other flu seasons.

Needless to say this was also the exact mortality rate at the beginning of the COVID-19 outbreak. However when the “new and improved” testing method of using CTs of the chest was implemented the mortality rate also increased because it was no longer just people with the flu, it also included other conditions that were “suspicious” of being related to a virus.

Even so, those that succumbed to the so called virus or rather those that will likely succumb to any flu symptoms are the elderly, those that are weakened through other predispositions such as heart conditions, kidney conditions or people that are malnourished. It’s also a known fact that people taking opioids for chronic pain are at risk of eventual respiratory failure because opioids suppress the respiratory system.

What group was not affected?

When I read this tidbit I had to say I was not surprised. The news from China last week was that the only group of people that were not taken ill by this so called virus outbreak were children. How is this possible given the fact that no one was “immune” to this virus that has been “transmitted” to individuals globally?

Within the context of the GNM this is not surprising because children are protected from “political” issues by their parents so naturally they would not have the same kind of territorial fears.

The conflict in Wuhan

Since Wuhan is such a huge area it is difficult to really pinpoint not to mention that any news from China is also going to be controlled. The information I received was difficult to come by. After all the Chinese are very protective of what kind of news they allow into the common domain.

That said, when I was presented with various articles it began to make sense.

The following was from taken from the “Bloomberg Report” dated January 23rd, 2020:

When Premier Li Keqiang declared a “war against pollution” in 2014, a few hundred residents of the city of Wuhan in central China took it as a cue.

They printed Li’s words on a six-meter (20 foot) banner and protested outside a foul-smelling incinerator plant they feared was causing illness in the community. Buoyed by the conviction they were answering the leadership’s call, the residents were instead harassed by local police officers who tore down the sign and trampled on it.

“We were worried and angry when we realized what was causing the stench and making our kids sick,” said Zhang Xijiao, 44, who was detained for a week for making the banner. “But we are like ants, the local government can crush us as they please.”

The episode kicked off a six-year fight that has seen Zhang harassed and monitored by the local authorities, with no sign that the government plans to relocate the incinerator despite their repeated petitioning and posting on social media about the pollution.

The fact the issue is championed by the most powerful Chinese leader since Mao makes it all the more delicate, prompting local officials to try and silence activists who could exposeenvironmental degradation happening under their watch.

In September last year, a group of five residents made it to Beijing to petition officials—only to find that word had been sent on ahead. They were met at the train station by about a dozen young men dressed in black, who said they’d arranged for them to see some officials to discuss the issue, and ushered them into three cars. Instead of taking them to a government building in the capital, the cars drove them all the way back to Wuhan, a journey of more than 10 hours.

As the campaigning residents of Wuhan found to their cost, pushing back against the authorities is a serious matter. More recently they switched tactics to try and draw the central government’s attention to their plight. But according to Zhang, Wuhan officials have blocked their attempts to reach Beijing, monitoring when they book tickets to travel to the capital.

Zhang—who spoke beforethe current outbreak of an unrelated virus in Wuhan—reserves her scorn for the local authorities and what she regards as their lack of willingness to protect people’s health. “The unexpected kidnapping made me lose faith again in the local government and how unreasonable they can be,” she said.

China’s 1.4 billion people produce growing mountains of trash that urgently need to be dealt with. According to the Ministry of Housing and Urban-Rural Development, the volume of treated domestic garbage in urban areas reached 215 million tons in 2017. State media often cite a figure from the Urban Environment and Sanitation Association of nearly 1 billion tons of waste each year.

A pilot recycling program took effect in Shanghai in July that will expand to 46 mega-cities by the end of 2020. The results so far have been mixed though, as the four-tier, color-coded garbage sorting law stumped residents. Until recycling takes off, landfill or incineration remain the only ready alternatives.

By December, the site was overgrown with weeds and the red ground largely deserted. A worker gathered what few materials remained, saying he’d been told to put them away until a decision was made on whether to proceed with the project.

He said he’d rejoiced at news of the plant’s suspension, adding that it should never have been built so close to habitation.

It is a known fact that China has a history of using strong arm tactics to control the population. As you can read here it not only applies to political views but also to environmental issues.

In this particular case people feared for their lives because of their protests against an existing incinerator plant that was of a grave environmental concern for the population.

On top of that at the end of June 2019 it came to light that another incinerator was to be built on top of land that had been promised as a park for residents in that area.

These kinds of plants are responsible for emitting substantial amounts of carbon dioxide, nitrogen dioxide and sulfur dioxide which not only affect Wuhan but can also float on air currents across the Pacific and reach as far as the US.

The initial fear may very well have been around the toxic waste incineration plants but then extended into the fear of retaliation of a more physical nature when people actually began to protest at the end of June 2019.

The resolution came on the closing of such a site “until further notice” in Wuhan region. Needless to say residents breathed a sigh of relief.

I must say that over the years I have become quite cynical about these events and always look for the agenda that lies beneath. The WHO apparently lives in the pocket of big pharma and is responsible for a great deal of fear mongering and the general population just laps it all up.

If only people would get their faces out of their cell phones and devices and look up once in a while to see what is really going on in the world, they might begin to see things more clearly.

Most people are in a state of hypnosis induced by their devices and when they are constantly in that state, they no longer think for themselves or question what is going on in the world. They simply agree with what they are told. “If it’s on the internet it must be true”.

It has become evident to me that the scientific community turns a blind eye and doesn’t question the methodology that is used to determine the cause of so called infectious diseases.

If they do question it, they are called quacks and dissidents and attempts are made to discredit them by destroying their reputation. Of course our dear Dr. Hamer was a victim of the scientific community for more than 35 years because he challenged the existing medical paradigm.

It is clear to me that we are all being manipulated by “the powers that be” and that they have their own agenda to control the population one way or the other. This is the real pandemic and it’s about time people began to question everything.

Continue to Part 3 – A Little Science