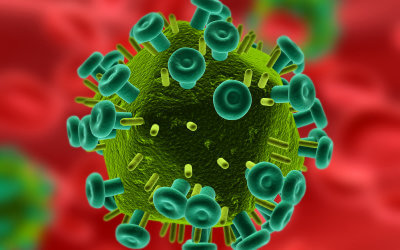 Over the last month I have received countless e-mails asking what the COVID-19 “pandemic” is all about so I thought it might be a good idea to blog about the topic rather than to explain what the GNM slant is on the subject to each and every one that asked the question.

Thankfully a friend sent me some links as to what was happening in Wuhan city with a population of more than 11 million people, at the beginning of February which helped me to understand the political climate in that region that might have been responsible for a “ fear of aggression” that affected thousands of people and then became resolved at around the same time.

For those of you that recently came across Dr. Hamer’s work but know that some conditions occur in the healing phase of a conflict, this is such a manifestation.

Essentially when an individual has a fear of an aggression against them or their loved ones, they go into a “high alert” or fight or flight situation. In men we call this a “territorial fear” conflict involving an aggression from the outside, and in women it has more to do with their “nest” which we consider the inner territory. Dr. Hamer describes this reaction in the male realm as a response to try to protect his environment from external forces whereas the female reaction mostly has to do with making sure that the nest is protected.

It is during this fight or flight situation that specifically the bronchial lining begins to ulcerate. Biologically this is significant because that process allows oxygen to get into the lungs in greater quantities through this ulcerative widening of the tissue to help facilitate the necessary fight or flight response.

This “fear of aggression” can last for weeks or months and in some cases years, so when the resolution to the conflict presents itself, the ulcerated bronchial tissue begins to repair creating inflammation in the bronchi and flu like symptoms begin.

In most cases we are looking at a fever, but in this case the fever is not from microbial activity, it is because the bronchi are “wired” to the sensory cortex in the cerebrum where fevers are part of the healing process in the majority of conditions controlled by that part of the brain.

Along with the fever, there is fatigue which is also part of the healing phase of most conditions. Then of course we have muscle aches and pains which in the GNM we attribute to the fight or fight response, “we have to get out of here to save ourselves” which they were not able to achieve at the moment of the conflict shock.

In other words, muscle aches and pains are the result of a “self – devaluation” aspect of the conflict scenario. Then of course the cough begins, meaning that the full healing/ repair phase is in progress in the bronchi.

The first week is usually the worst but depending on what else is going on in the individual it can extend into the second week before fever and the muscle aches and pains abate.

The majority of these respiratory healing phases normally last 3 to 4 weeks maximum before symptoms disappear. However if we have another active conflict that is affecting the kidney collecting tubules, which is a survival mechanism involving fluid retention, the lungs begin to fill with fluid in this particular healing phase of the bronchi which transport oxygen into the lungs. This is what causes pneumonia.

The kidney collecting tubules will conserve body fluid in a reaction to a “threat to one’s existence”. This reaction is a survival mechanism because we need water to survive. We can go without food for a couple of weeks but without water we dehydrate very quickly so in a situation such as this our bodies conserve what is already there.

In the GNM the kidney collecting tubules react to abandonment/ isolation, refugee and existence conflicts so it is always important to figure out the kidney conflict to prevent this complicating factor from creating a more challenging healing phase.

This conflict can be pre-existing or it can begin on the diagnosis of any given “life threatening” illness which in this case is the possibility of having the corona virus.

A signal that the kidney collecting tubules are in “survival mode” is a dry mouth and thirst and the necessity to drink as much as possible.

The problem with this is that when we are in a healing phase the excess fluid will go to exactly that part of the body that is experiencing the healing. In a respiratory healing phase, the lungs fill with fluid. This is what is called pneumonia

I realize what I am describing sounds complex but it really is quite simple. The fact remains that any respiratory inflammation that is compromised by kidney collecting tubule conflict activity is going to present itself as pneumonia.

However traditional medicine, especially when it shows up suddenly in as little as 10 people in any community will call it an epidemic and blame a virus which traditional medicine has been lead to believe is the cause of these respiratory manifestations.

When it appears in hundreds or thousands of people either in a single country or globally it is called a pandemic.

How is a virus diagnosed?

Before we go there, I need to explain that viruses have never actually been seen under an electron microscope or have been isolated and photographed.

Since this “belief system” is very difficult to break down and is never questioned by anyone studying medicine, be it traditional or alternative, I have to refer to the work of Dr. Stefan Lanka a German virologist and biologist who actually discovered the first and only virus that was successfully visualized under a microscope. However it was seen within a sea algae not in a human or animal. What is more important is that he discovered that the sea algae and the virus had a “healthy” relationship and there were no destructive or toxic reactions between the two entities.

Dr. Lanka also won a ground breaking argument in the Federal Court in Germany 4 years ago where it was declared by the judge after having seen all the existing scientific evidence that was provided by Dr. Lanka, that the Measles virus has never been proven to exist.

As a scientist Dr. Lanka was so sure of the fact that the Measles virus didn’t exist that he offered 100,000 Euros to anyone that could prove otherwise. Subsequently he was  taken to court by a medical student who claimed that Dr. Lanka had no evidence of what he was saying and that he owed him 100,000 Euros. Of course the case went to court and Dr. Lanka won.

That leaves us with the question of what these images refer to if they are not viruses. The majority of the images in both medical books and on the internet are CGI, this is especially true if they are coloured. However these days technology has found a way to allow colours to be imaged from a photograph taken with an electron microscope. Nonetheless it is not what it is said to represent, be it coloured or in black and white.

These images are very convincing especially if they are labeled as Hepatitis, Polio, Measles  or HIV etc., but on closer examination it has never been stated that the pictures shown to us are in fact viruses however they are labelled as such to lead us to believe that they are responsible for a “condition” that is hypothesized to be the result of a virus.

What is it that they see under and electron microscope?

Since a virus has never been visualized under an electron microscope a methodology had to be devised in order to “extract” substances which were supposedly the result of viral activity.

Let’s use the example of Polio which was supposedly the first virus identified and then photographed under an electron  microscope. What we are shown are in fact “artificial particles” which involves the complex process of suctioning an indifferent mass through a very fine filter into a vacuum which is then photographed. It is not something that is actually seen in the blood or in a tissue sample!

This form of research is highly contaminated and yet it is accepted and published in the scientific community. The question is why? Is there an agenda?

Continue to Part II ‘Testing for a Virus”